For all sorts of Media

Initially I wanted to study this...

...and I also passed an aptitude test

In my case however extremely high fees of 700€/month over 3 years caused me to reconsider. I would never call myself a "designer" in any way. Sadly this term seems to have lost a lot of it's weight and meaning. I leave that label to the people who actually invested themselves much more into this. I do however enjoy trying things here. As long as the results get the job done in a visually pleasing way, I'm happy.

It's amazing what an hour for a side project put in every evening for a month can accomplish! An entire custom photo album from scratch in InDesign. Not that it's necessary, but in the beginning I wanna make sure I'm able to implement stuff natively myself, then I can comfortably pick the automatic way, knowing what goes into it.

750 Photos shot during one week on the Island Sylt with the siblings and the mother. This album became a surprise birthday gift for her birthday a couple months later. Story telling dominates this one. Cut up into 10 parts.

Was nicely received. It's always good to let a little time pass with events like these. Don't show off the photos right away and don't show off all the pictures ever. Did I mention we had to cut half of the album (240 Pages down to 120) because of an issue with the printing service. I thought one page in "their book" meant one physical page in real life (with two sides). Well,....I was wrong! :-P

Visual work on this one included:

On the visual side the product was finalized with:

This one was uniquely challenging to me since the raw material wasn't coming from me ;) The point being: initially there was no intend to create the visual aspect of a CD case from it. So i assessed my "degrees of freedom" with the material and made a few adjustments.

Most prominently the cover. That one is actually stitched together from two images, since there wasn't one photo in the set where the horizon would line up to be properly framed by the two hands.
Sticking with the cover: the title "cause all of me, loves all of you" refers to the main song of this two-CD set and the typography is actually extracted from a personal note of the couple.

Two CDs, two hands, one couple, you do the math! It just begged to feature each partners hand on each CD of the set, tying it back in with the couples/relationship-theme.

The social-media app BEME (now sold to CNN) had a contest for a new logo. My submissions included two ideas. The first attempted to combine the app's name within a continiuous stroke while also visualizing what the app is about. As far as i can tell "BEME" stands for "be me", "be myself", "be authentic". So, firstly the stroke spells out "B Me" and lastly puts this into the shape of a heart, resembling the posture of the user using the app by holding the phone over their chest where the heart is.

The second idea is a bit more heavy-handed: Also going with the abbreviation of BEME with "B Me", it visualizes a heart where the two top humps resemble the "B" and a patch showing the "Me". This one put's more emphasis on vulnerability, which i associated strongly with sharing while being authentic.

For my scientific trainee internship at LWL (Landschaftsverband Westfalen-Lippe)

The projects topic were private home recordings throughout the 20th century. For this i tried to combine the projects name with the appearance of a strip of analog film framing a family of three. Granted, it's a bit complex for a logo

The initial draft for the logo came from the business owner. I refined and extended on the idea. It's a simple round logo which's main task was to create a connection to the company Weight Watchers, where coaches used the Coaching Software's software.

Work like this for talks, workshops, conferences etc. have become my favorite domain. They combine all sorts of formats and layouts anchoring around the same imagery, which itself needs to fit the audience, topic and occasion.

The journal series "Working Papers in Social Anthropology" is a publication platform for outstanding graduate theses at the Institute of Ethnology of Münster University. Aside from its administration I was also in charge of its design, format and layout.

see here for yourself (it's probably still the same four volumes I did back then. The logistics of public service, huh!? What are you gonna do?!): Working Papers in Social Anthropology at Institute of Ethnology

Layout and Graphic Design for all kinds of Signage

This one is about all sorts of signage to brighten up the office space. I covered everything from tiny mailbox labels and binder spines to office door signs and information posters.

When my oldest sister Anna turned 30, I was wondering whether that was it ;)

Knowing her exact time of birth I checked when to give her this pin-on badge as a gift for her 1st/one billionth life-second, shipped it in time beforehand so she could witness the moment herself.

I think a badge was the right way to go. The phrasing of the message captures my wishes for her while at the same time allowing the badge to be worn in public in an unobtrusive way and still conveying the message to others of having reached this special "age".

This one's a precursor for the "1 Billionth Life Second-Badge", a magazine-style birthday greeting card. From a distance, in the right size, one probably wouldn't notice. Getting closer however and you see all the items of a run-off-the-mill magazine cover being utilized for a birthday message. 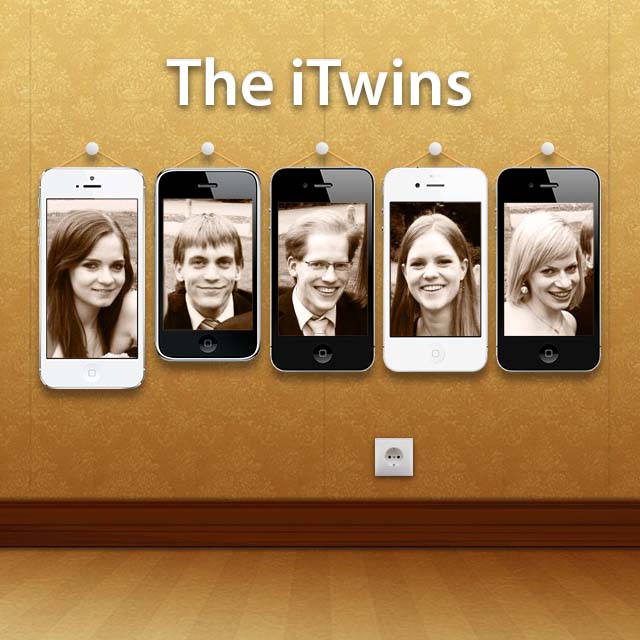 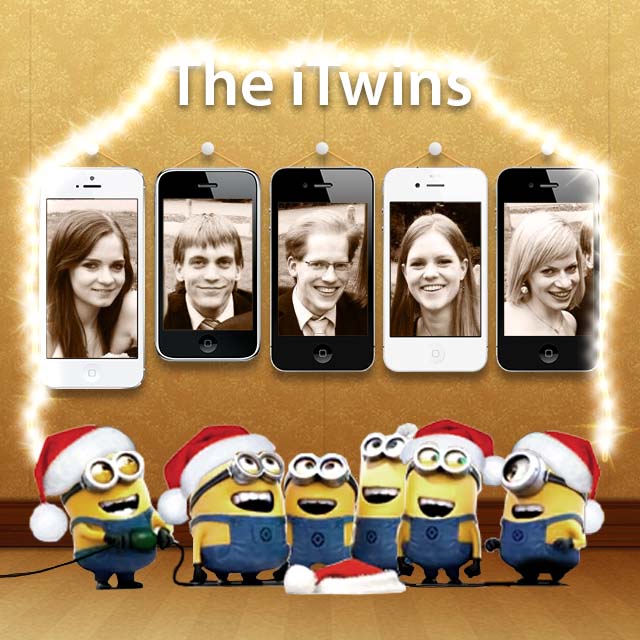 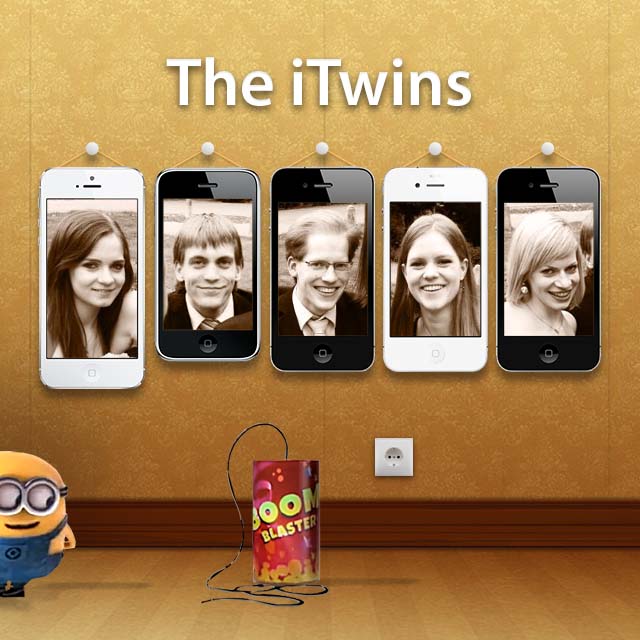 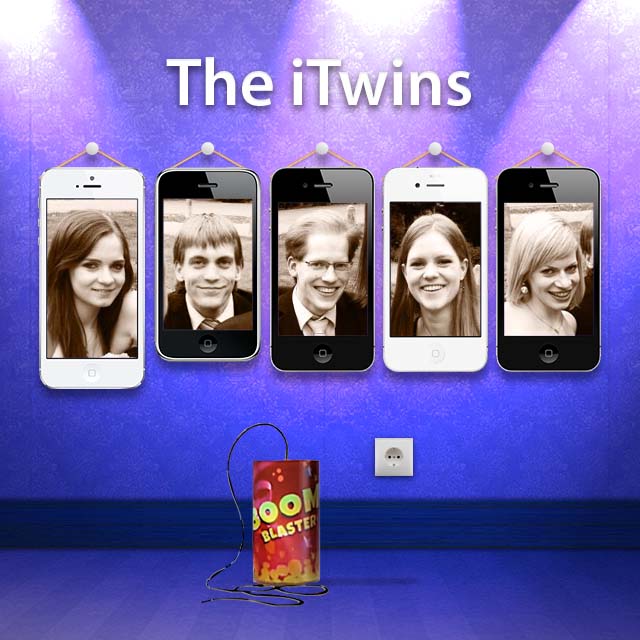 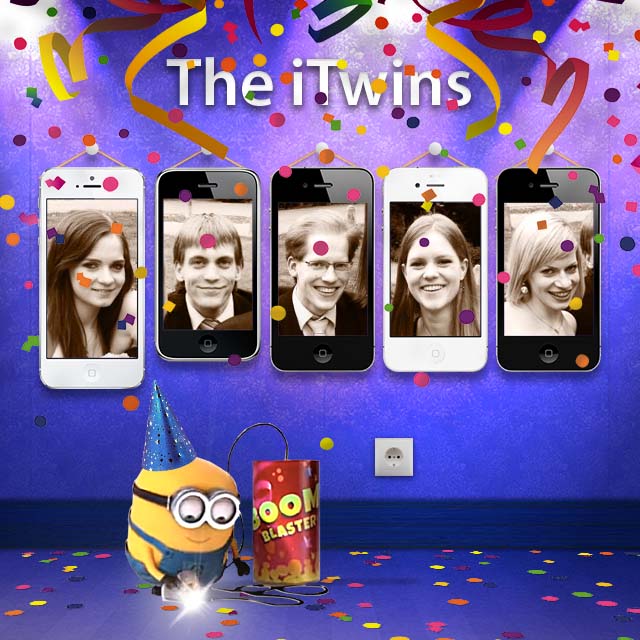 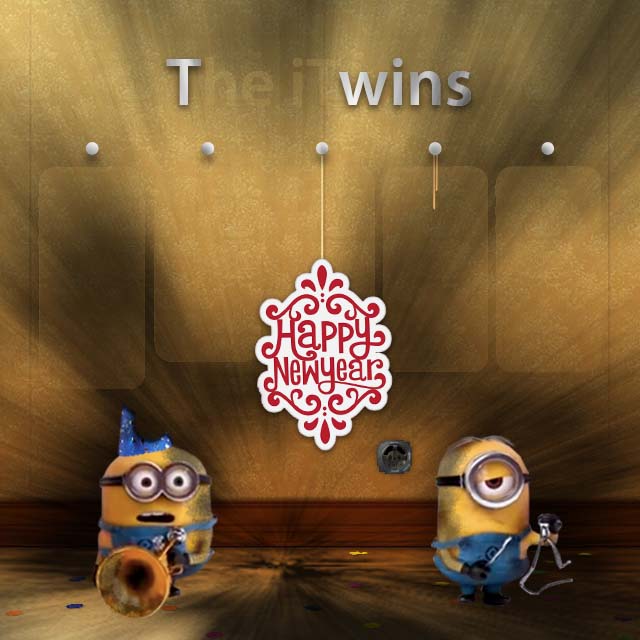 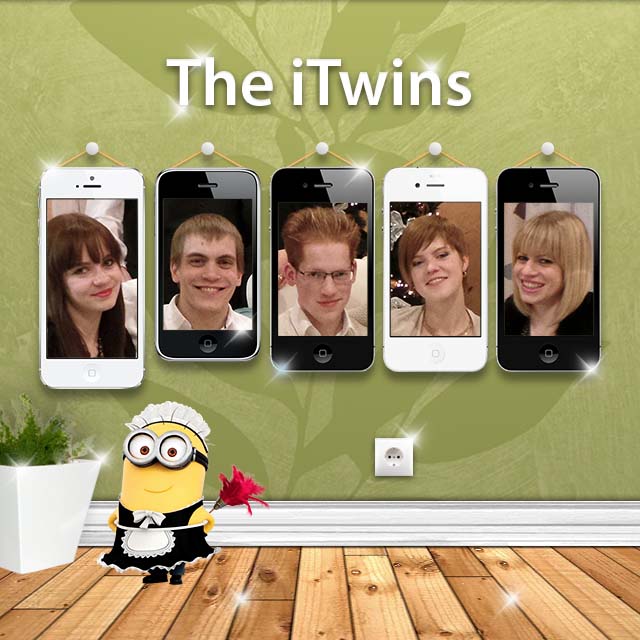 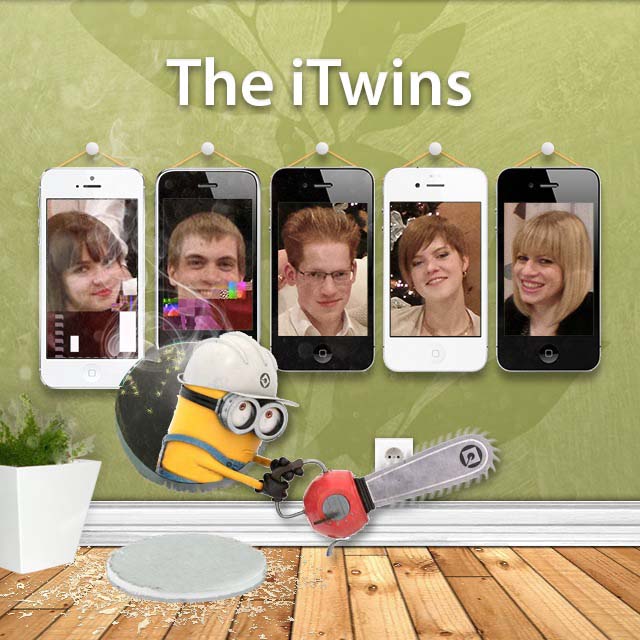 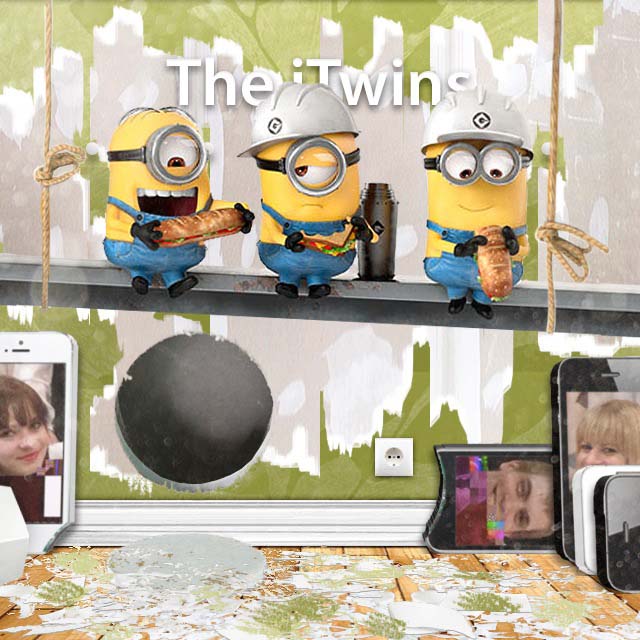 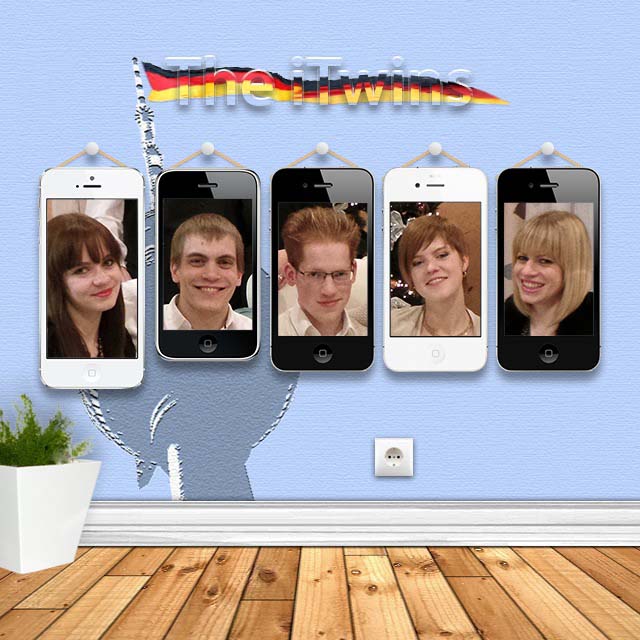 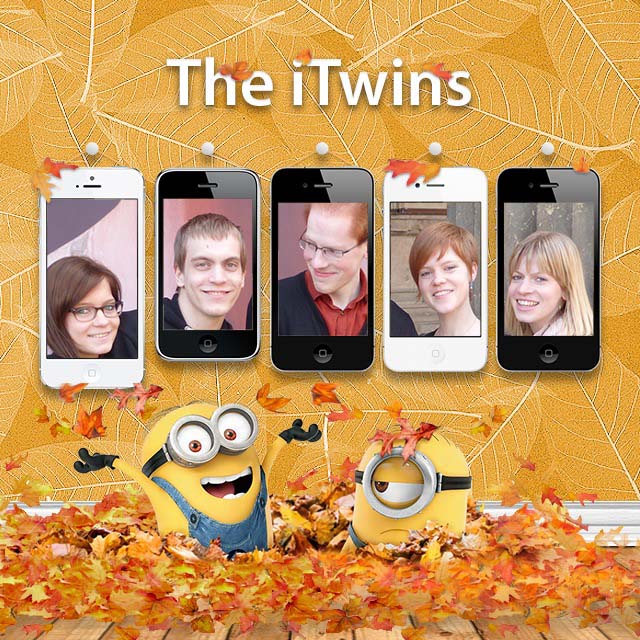 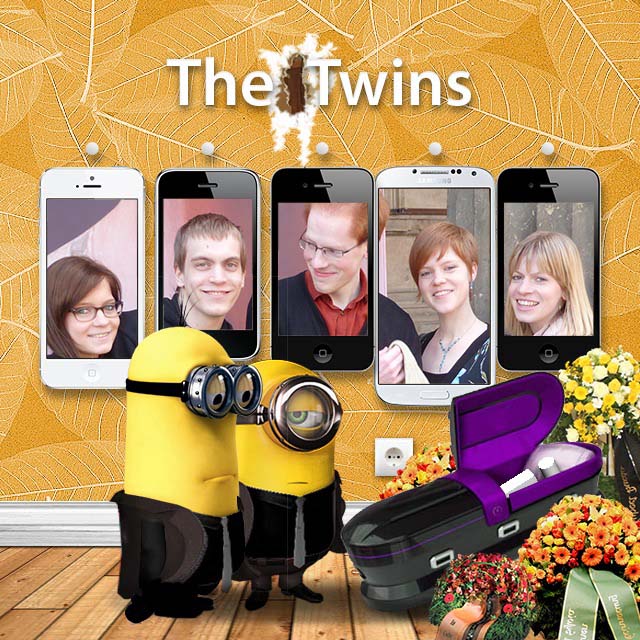 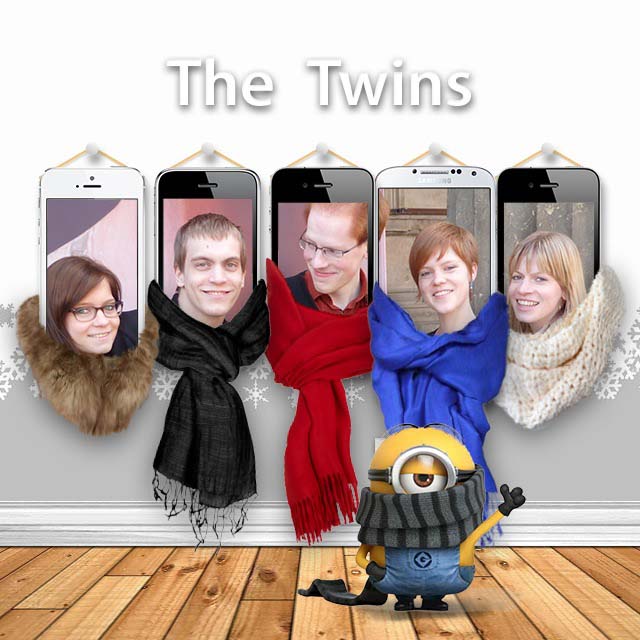 It lasted for about a year

This image gallery shows the icons of my siblings group chat. At one point all of us used iPhone as their daily driver. With this and our last name "Zwilling" which is German for "Twin", I created this series to illustrate that.

Then there are the minions, of which I am a fan (damped by that slightly ill-conceived third movie), which I incorporated as a driver for narrative and change of the icon make-up.

Until my sister decided to go rogue

Ultimately my older sister got a Samsung and things changed. You'll find this and many other happenings in this series.

As a christmas gift for my mother i created this collage to illustrate her children getting older and contrasting this with our younger selfs in a double exposure make-up.

Boy,... the logistics of remotely instructing your siblings to do a certain kind of photograph of themselves which allows for this to work :D

If you don't want to use the form, write me an E-Mail This email address is being protected from spambots. You need JavaScript enabled to view it.